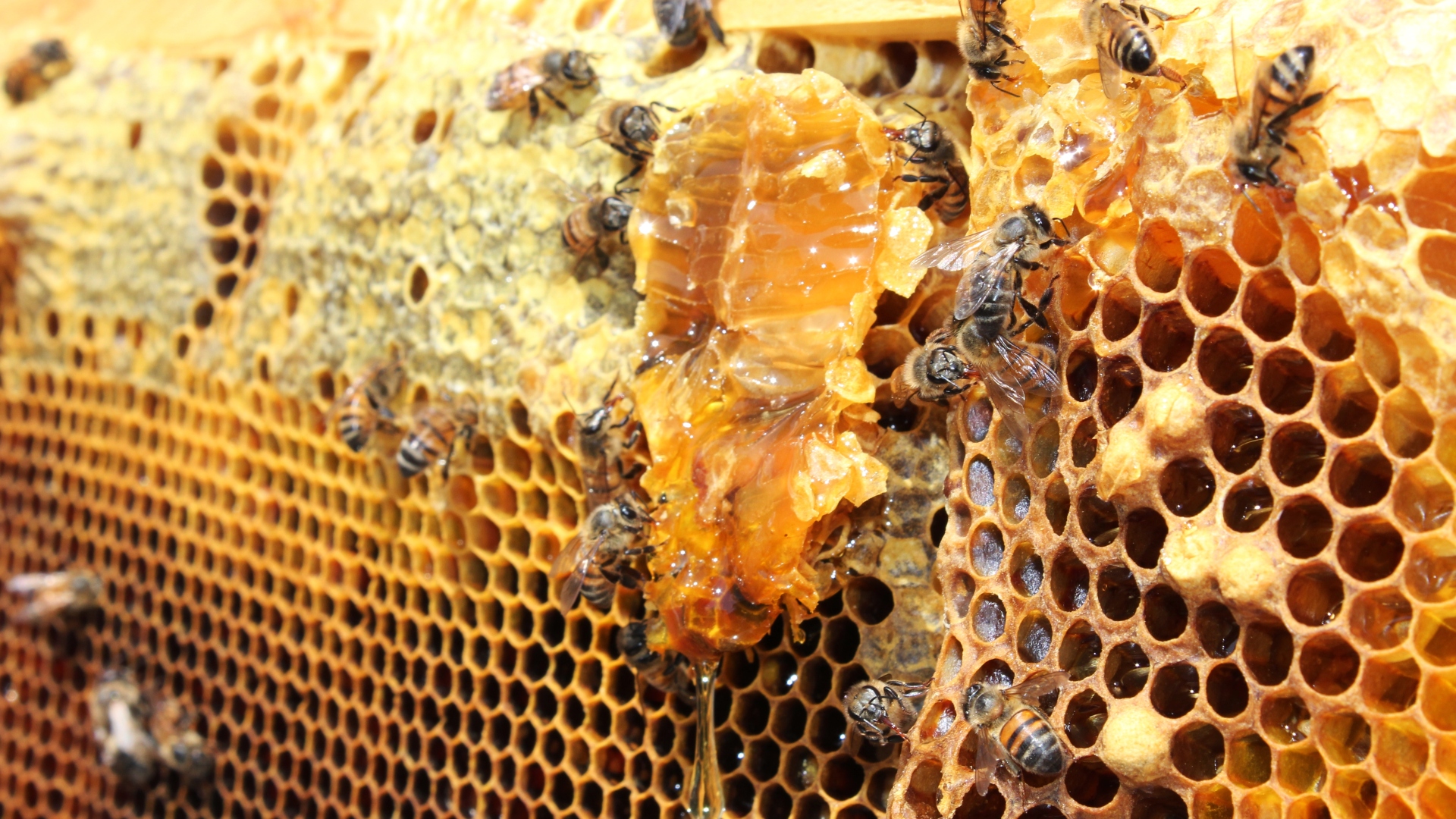 I am going to try and keep up with stories around the web about Colony Collapse Disorder(CCD) to promote awareness of this serious issue.

For those of us following CCD we know the issue is one we all need to be aware of, and there seem to be no real answers to why CCD is happening. A lot of good ideas and some hard science but no hard factual conclusions.

What is know for sure is that we need bees for pollination, we need them badly. We’ve all read the stories about how different the grocery produce section would look(supermarket without bees), and it would be a drastic difference, we need answers.

These answers are slow coming and while they do, CCD continues.

To keep myself and others informed I plan on making this a continuing series of post about CCD and hopefully they will be passed around. What’s the old saying? Knowledge is power.

Today’s links, or should I say Round 1

By Ludmilla Lelis, Orlando Sentinel5:30 p.m. EDT, August 25, 2013
Traveling 2,700 miles from Florida to California is a long haul with a truckload of bees. But Mario Jakob finds it hard to pass up the country’s most lucrative gig for beekeepers.

Billions of bees are needed to pollinate California’s $3.9 billion almond crop, and Jakob’s business, D&J Apiary in Umatilla, earns a big payoff trucking its hives each February to the San Joaquin Valley.

Demand for the traveling hives has been high because commercial beekeepers across the country have lost bees to the mysterious colony-collapse disorder, which has claimed about 10 million hives nationwide since 2006.

It’s a tough choice for Jakob and other beekeepers in Florida, where colony loss has been below the national average. There’s plenty of demand for bees to pollinate the nation’s top cash crops, but each trip risks exposing the bees to whatever might be killing the hives.

And in Florida, worries about colony-collapse disorder have had another effect: There has been a resurgence in beekeeping, with newcomers wanting to do their part to ensure the future of honeybees.  ..  ..  ..  more

One third of the crops grown in the United States for consumption are pollinated by bees. In Maine alone, the 60,000 acres of blueberry barrens are pollinated almost exclusively by bees, and make up a $250 million industry. Yet honey bees are suffering dramatic losses from Colony Collapse Disorder (CCD), defined as a loss of greater than 30 percent of a colony quickly, and without obvious cause.

One such case has been reported on North Haven.

In 2006 a Pennsylvania beekeeper reported the inexplicable loss of a portion of his colony, the first reported instance of CCD. Since then, CCD has been experienced around the nation, mostly by commercial migratory beekeepers.

This dramatic death of bees has quickly bridged the supposed barrier of the ocean and found its way to the islands of Penobscot Bay. It has permeated rapidly and deeply to bee colonies nationwide.

John Wright, a beekeeper on Vinalhaven describes the phenomenon: “Colony collapse is very unpredictable. A quarter of your bees will leave in the middle of the night without any [apparent] reason at all.”

Despite its initial prevalence in commercial beekeeping, and the isolation provided by life on Maine islands, an instance of CCD has been reported on the Fox Islands. Gil Foltz, a North Haven beekeeper, said a small swarm came into one of his hives, stayed there for three weeks and then suddenly left.

“They were making very little honey,” Foltz said, and admitted he was at a loss to explain their sudden departure. “I have no idea. They had all the things they need, I don’t know if they lost their way or what.”

A coroner can’t determine a cause of death without a body. That’s why a mysterious malady called Colony Collapse Disorder (CCD) has put honeybee researchers in a tough position: Not only does CCD cause worker bees to die off in droves, but their bodies disappear without a trace.

CCD isn’t a disease, but is described by researchers as a “set of symptoms.” Since it started affecting honeybees in 2006, the number of colonies has declined by an average of 33 percent each year, according to the U.S. Department of Agriculture.

The disorder has been linked to a variety of contributing factors, including pesticides, parasites, habitat loss and, more recently, a study led by Jeff Pettis added fungicides to the list.

“Fungicides were previously thought to be safe for bees,” says Pettis, a USDA Bee Research Laboratory scientist. “That’s what was eye-opening about this finding.”

The study linked fungicide and pesticide exposure in honeybees to a greater vulnerability to Nosema ceranae, a fungal gut parasite that has been implicated in CCD.

“Nosema is a parasite that’s always present in bees,” Pettis says. “But occasionally it becomes a problem when it starts increasing in levels. Then bees can have trouble with it.”

One theory is that these chemicals weaken the bees’ immune systems, which makes them more vulnerable to Nosema. And while the parasite is but a piece of the puzzle in CCD, it’s one of the most solid links researchers currently have to help dampen the disorder’s spread in the United States.

Noah Wilson-Rich is a honeybee researcher who is currently working on treatments for Nosema. Wilson-Rich is the founder of Best Bees, a Boston-based company that installs and maintains urban beehives.

The company is currently testing a vaccine against Nosema, as well as a probiotic treatment to help boost the bees’ immune systems.

“We call it bee yogurt, but it actually looks like peanut butter. It’s the same concept as to why we would eat yogurt: to get the probiotics,” says Wilson-Rich.

Best Bees maintains about 200 beehives, and a couple dozen of those are in Boston, which gave Wilson-Rich an interesting insight.

“The bees in the city do better than outside of the city — they make more honey and have higher rates of surviving the winter,” he says. “Urban beekeeping is more than a trend, it’s good for the bees.”

The Whispering Crane Institute was originally formed to act as the umbrella organization for the Philosophy of Design Symposium, and other seminars and workshops given by Rick Anderson and Richard L. Dube’. In the year 2000 WCI became a sole proprietorship owned by Rick Anderson. Today the WCI provides design and consultation services for Landscape Contractors, acts as a Green Industry think tank, and provides training for others in the form of workshops, seminars, and individual consulting. The WCI also provides written material, opinions, case-studies and how-to articles for industry trade magazines. View all posts by Rick Anderson